In order to make sense of the vast scope of history, archaeologists and historians divide time into bounded periods, these often divided into smaller sub-periods themselves. Archaeologists divide the time periods by looking at trends and innovations within a society, which ultimately add up to bring about larger changes through time, until a society has evolved into a radically different entity. Occasionally, these periods are differentiated by a single, world-changing event; more likely, though, they smoothly transition into each other.

In Scandinavia and much of Eurasia, the four main pre-modern periods are usually called the Stone Age, Bronze Age, Iron Age, and Middle Ages (also known as the medieval period). In the 19th century, the Danish archaeologist Christian Jürgensen Thomsen, organising the collection at the National Danish Museum of Antiquities, noticed patterns in the materials from which artefacts were manufactured. When studying the contexts of these finds, he concluded that different materials could be connected to different prehistoric time periods. From this, the so called Three-Age System of prehistory was born, comprising the Stone Age, Bronze Age, and Iron Age. The “Middle Ages” were later conceived of as a sort of transitionary period between the Iron Age and the modern era. This system became enormously influential, and remains the system in use today all over Europe and in much of wider Eurasia and Africa.

Of course, the system is not without its flaws. As stated above, most time periods transitioned into one another slowly rather than abruptly, and this is certainly the case in the Three-Age System: stone remained the toolmaking material of choice for most people well into the Bronze Age, and so not all tools of stone can be relegated to the Stone Age. Moreover, each “age” can be argued to have lasted for differing amounts of time in different locations. Nevertheless, the Three-Age System remains a useful way for conceiving of larger-scale technological evolution in these societies.

The Stone Age is the first age of human prehistory, first arising in Africa over three million years ago. When humans migrated from Africa some 1.8 million years ago, and then again several hundred thousand years ago, they brought their tools with them. Scandinavia did not become hospitable to humans until 12,000 years ago—but almost as soon as it did, arrive the humans did, and so began the Nordic Stone Age.

The Stone Age in Scandinavia began a short while after the inland ice melted about 12.000 B.C. Denmark and the southern parts of Norway and Sweden were populated first by people from the south, and the northern parts of Scandinavia by people emigrating from the steppes. The distinctive coastline of Norway is where the first settlements can be found. The coast stretches from Troms in the south to Vestfold in the north, making Norway the country with the longest coastal line in Europe—and thus, due to its abundant natural resources, a very attractive place to settle during the Stone Age. This pattern can be seen in Sweden and Denmark as well, as the coastlines have a higher density of Stone Age archaeological remains compared to the inland. This is probably due to the importance of marine resources, as well as the easy travel afforded by access to the sea.

Many coastal Stone Age sites are now lost, as rising sea levels over the past several millennia swallowed them up. Others have, counterintuitively, actually risen in the landscape as a result of the isostasy principle. Before the sea level rose, the continents themselves actually rose slightly as the glaciers melted and released the ground from their immense weight and pressure after the end of the Ice Age. Thus, some Stone Age settlements are now much higher up in our daily landscape than they would have been in their own time.

The Older Stone Age was a time period characterised by hunter-gatherer societies living a nomadic lifestyle. They usually travelled along the coastlines, either by foot or boat, making temporary settlements that might have been seasonal in nature: evidence suggests that some societies took up summer residence by the coast, but moved further inland for the winter season, to escape the harsh winter climate the coasts offered. In the Scandinavian North, discoveries of arrowheads and spears high in the mountains suggest that they travelled following the migration patterns of, amongst other animals, reindeer. Thus, their diet might vary by time of year: during the summer, they could rely on marine hunting (a major source of nutrition, especially during the early stage of the Stone Age), while during the winter they might subsist on more terrestrial prey. Hunting on land, the most common targets were deer, elk, and reindeer, while at sea they hunted seals and even whales. Birds were also common prey. Later, as the people of Scandinavia adopted crop and livestock agriculture, they were forced to settle into permanent or at least semi-permanent settlements, a lifestyle which characterises the Neolithic, or Younger Stone Age.

Technology of the Stone Age

Due to its immense old age, what archaeologists usually discover from the Stone Age are pieces of stone tools (mostly flint) and excess from toolmaking. Flint appears in large quantities in the archaeological material, and while it has been used to a greater or lesser degree in almost every prehistoric time period, it is the defining feature of the Stone Age. It is a very distinctive type of stone in form and texture (with a characteristic “waxy” feel), sturdy rather than brittle. Flint can be fractured with direct percussion or pressure, but it tends to break in a predictable manner which makes it easy to handle and mould into a tool—with the right techniques. Most famous of these is “knapping”, where the flint is struck with a harder stone (hammer stone), usually against a hard surface (anvil stone) to break it into pieces. Pressure-flaking is another technique whereby tools of antler or bone are pressed directly into the edge to break off tiny chips, allowing for fine detail. Some techniques also involve grinding and drilling, such as the famous “boat axes” of the Late Neolithic Battle Axe Culture.

Aside from stone, some pottery remnants have also been found, and are often used to differentiate distinct Stone Age cultures.

While artefacts of other materials are found, they are vastly outnumbered by the flint remains, and thus flint has become the hallmark of this long period. The sub-periods of the Stone Age are also distinguished from one another, in part, by the increased diversity of the flint toolkit, and how these different tools were made. According to the archaeological material, the Stone Age settlers put a great deal of effort into making these flint tools to an exacting quality. Tool production also likely took place on an enormous scale, based on both the large numbers of artefacts and concentrations of ‘’flintavfall’’ (flint waste, also known as debitage) found during excavations of Stone Age settlements.

Even though the archaeological record of the Stone Age is sparse, what is left bears witness to a developed society with structures, cultures, and a belief system rooted in nature—a far cry from the image of primitive “cavemen” so ingrained in popular culture for so long. One thing that is immediately apparent when examining a Stone Age assemblage is the precision with which the tools were made, some of which cannot be copied today, even by the most skilful flintknapper. The study of the Stone Age unfolds a landscape that people lived in and lived by, thousands of years ago, and slowly through research, patterns make themselves visible for us that are big enough just to glimpse into the past and marvel at the ingenuity of people living in the harshest of environments.

Sometime after 4000 BC, though, things changed again when a new material was introduced to the people of Scandinavia: bronze. Surely enough, this prestigious metal became a fixture in Scandinavian society, but for thousands of years after the “Bronze Age” began, flint was still widely used as the material of choice. The Stone Age might have ended, but it cast a long shadow for millennia.

The Stone Age in Context

The Stone Age is the longest period in Scandinavia, covering no less than 8000 years of population and cultural growth—longer than all the ensuing periods, including the modern era, combined. It has led people to wonder: might it have been longer? It cannot be definitively excluded that there might have been humans setting foot in Scandinavia before the end of the Ice Age. Humans can and do, after all, migrate over glaciers—and mammoth remains dating to 50,000 years ago have been found near Stockholm, showing that other mammals had been here well before the end of the Ice Age. However, no finds of human material have been found in Scandinavia predating 12,000 years, and so for now it has been concluded that this was indeed the earliest arrival. We will, of course, keep you updated if anything emerges to challenge this! 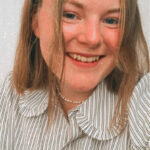 The History Of Ukraine – May it Never be Forgotten 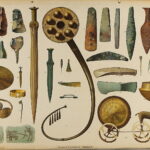 The Birth of a New Age – The Bronze Age