Social memory and power in the Iron Age landscape

Death is always a devastating crisis for the impacted family, and as true as that may be today, it was even more unimaginably consequential in Iron Age Scandinavia (c. 500 BCE—800 CE). Ancestral land rights and intra-familial loyalties based on kinship would suddenly be up for renegotiation. Much social turbulence, violence and destruction could be wrought during these renegotiations, and as such the Norse necessarily sought methods of maintaining stability and control over their familial territories during such periods. Oral claims of ancestry were not substantial enough to bring stability to this chaos— something more concretely linking the past to the present was needed.

Ritualised burial customs were one way to control such crises by constructing what Ann-Marie Hållans Stenholm refers to as “memory monuments.” The monuments and graves of the Iron Age elite may be regarded as the physical manifestation of their strategy to legitimise their rule and control over a territory. Legitimisation was achieved in these monuments through the linkage of the current ruling elite to a noble, royal or even divine genealogy. Often, the memory monument itself functioned as a sacred area where ritual performances were held to commune with ancestors in order to maintain this link and make it more explicit to the wider populace. One ritual, which was performed at graves, was the act of útiseta, ‘sitting out’, where one would sit at a grave mound during the night in order to call forth and question dead ancestors from the graves and receive spiritual power. The ritual is also the root-word for the Old Icelandic útisetumaðr, a ‘man who sits out[side]’, a term for a practitioner of magic.

The practice of útiseta was, in essence, a way of cementing social memory through ancestral worship. This theme is also present in the Nordic concept of odal (Old Norse óðal), which dealt with familial inheritance of property through the ties of a Norse ruler to a prestigious ancestral line. Functionally, this was the socio-political binding of the elite to their land through visible indicators of control. In the early Iron Age, before the widespread literacy and formal legal documentation of the Christian era, ties to ancestral land were most often manifested by a ruler constructing or consecrating memory monuments throughout their landscape. Such monuments could include burial mounds, runestones and stone-settings. It is upon this tradition of monument-building which the later post-Christian documents from Scandinavia expanded upon with a legal odal right. The earliest legal documents mentioning odal can be seen in the Gulatingslagen from Norway (written down c. 1000–1100 CE, but some sections likely recorded pre-900 CE; see: Vea 2011), but here we shall focus upon the non-textual evidence of odal in the Iron Age.

Archaeological evidence strongly indicates that odal was a pre-Christian tradition, as several runestones (e.g. U 130 and Sö 145) refer to the concept in the form of the Younger Futhark equivalent, uþal. Some of these runestones determine odal-rightby counting a lineage back three or six generations (e.g. Sm 71, Hs 14, and Sö 176)— a numerical choice which mirrors that found in the later Gulatingslagen.[1] Often times, odal was based upon a three-, six- or ninefold ancestral line. In Old Norse religion, nine was almost certainly regarded as a sacred number, and its constituents six and three often took on a similar sacrality. When runestones were erected, it was often along major roads or near the estates of the elite rulers of the area. Thus, these odal-runestones are primarily found in just such areas to increase visibility and thus accepted legitimacy. This is seen in the case of the famous early-ninth century Rök runestone (Ög 136), often considered Sweden’s earliest piece of literature.

The Rök runestone recounts that a ruler named ÞioðrikR, likely the Ostrogothic King Theodoric the Great (c. 454-526 CE), “lived nine generations ago”. The stone also counts each subsequent generation from this ancient ruler up to the then-current ruler Sibbi, who is referred to as the vīværi, or the “custodian of the sanctuaries”. The Old Norse term vi, or ‘sanctuary’, denoted a place wherein deities and Other-Worldly powers resided or made themselves available to the public through rituals. Olof Sundqvist has defined such places as sacred areas, “set apart from the space of ordinary existence, dedicated to a deity, used for cultic activities,” which “may include a cosmic symbolism.” The elite could rule these religious areas as well, for if they designated a part of their landscape as sacred, it was their property alone, and thus their sacred space (Sundqvist 2016: 170). By controlling the areas which held such cosmic symbolism, the ruler was in a sense drawing a parallel between their microcosmological ordering of the landscape to the orderers of the greater cosmos— the gods. The designated cult-areas of the Iron Age elite could have been reserved for fellow aristocracy, or opened for a more communal function in order to display their power to the wider populace. A set of terms revolving around vi are seen in both the textual and archaeological record. For example in the ninth-century Ynglingatal, King Yngvi of the Svear (the personified god Freyr) is referred to as vǫrðr véstalls, ‘the keeper/custodian of the sacred stand/sanctuary’. There is also the c. 960 CE praise-poem of Earl Sigurd of Lade, Sigurðardrápa, which speaks of the Norwegian earl as vés valdr, ‘the keeper of the sanctuary’. Sibbi’s title of vīværi on the Rök stone is just one powerful example that rulers in Iron Age Scandinavia were not only reliant on mere claims of ancestry to ensure their odal, but also had to function as ritual leaders who communed with dead ancestors. By doing so, the ruler would have been perceived as having been granted a unique connection to powerful ancestors through specific rituals, which further legitimised their odal-claim.[2]

The continuity of rulership and the emotional odal

Ancestor-worship on an elite level could often equate to deification of a historical or semi-historical figure. Regarding the notion of ancestral deification, the work of Sundqvist gives a more thorough overview than is possible here. What is certain is that several Scandinavian and English dynasties made Óðinn and/or Freyr their ultimate divine ancestor. A more localised ancestral worship was also likely integral to the pre-Christian Nordic peoples, who had familial guardian spirits called dísir and fylgjur, which were attached to a specific ancestral line. In the Norse belief system, it seems that ancestors inhabited a single temporal space, a world simultaneously composed of past, present and future, which was in effect cemented in the landscape through burials and monuments. Ancestral spirits thus carried personal familial qualities which could then manifest later within their lineage, in effect bonding rulers across time by not only descent, but by actual persona. Fredrik Svanberg argues that this meant that in some ways, “ancestors could be born again in their descendants,” and thus ancestor-worship was a way to demonstrate that the living ruler possessed the same qualities as a legendary ancestor. In this manner, the current ruler could press their odal-claim through the direct communication with and validation of their powerful ancestors.

But it is important to understand that odal was more than just a socio-legal power consolidator. Instead, odal should also be viewed in the light of the emotional sentiments it must have evoked around ‘ancestral homelands’ to those who claimed them as their native lands. These were people whose family property was inherited from one forefather after another, whose names they could recount as far back as nine generations— forefathers who had been born, lived and buried in the soil of the immediate surrounding landscape, thus making it possible for a descendant kin-group to survive and thrive on their lands. The Medievalist Aron Gurevich encapsulated this conception of odalsuccinctly by stating that “the man possessed the farm, but at the same time the farm possessed him.” Thus, the emotional bond in the minds of the descendants between their landscape and their ancestors was fundamentally interwoven. Death within the kin-group posed a social chaos which may threaten this bond, and it was during these moments of social and emotional uncertainty when the odal-right was at its most crucial for preserving stability in Iron Age Norse society.

Main, A. 2020. The Tripartite Ideology: Interactions between threefold symbology, treuddar and the elite in Iron Age Scandinavia. Master’s Thesis in Archaeology. Uppsala University.

Murphy, L.-J. 2016. Continuity and Change: Forms of Liminality in the Sacred Social Spaces of the Pre-Christian Nordic World. Viking and Medieval Scandinavia 12: 137–172. 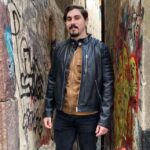 Historical Archaeologist with a specialization in Scandinavian religious and ritual archaeology from the Roman Iron Age to the Viking Age, with an emphasis on Norse funerary rites, ritual structures and spaces, and mythology/cosmology.
Obtained an M.A. in Archaeology at Uppsala University in 2020 after moving to Sweden, before which I had obtained my B.A. in History with a Religious Studies minor at Washburn University in Kansas.

My master’s thesis revolved around the tripartite (or threefold) symbolism found within Norse mythology, monuments, graves, artefacts and artwork. Meanwhile, my undergraduate thesis regarded Anglo-Saxon and Norse religious ideological mixing during the Viking Age. Primary aspiration is to get a PhD specializing in Iron Age Nordic archaeology, and work full-time as a researcher in the field. My role at Scandinavian Archaeology is as a Junior Editor, with a focus on the correspondence between textual and archaeological evidence during the Scandinavian Iron Age and early Medieval Period.

The Troublesome Towers of Gotland 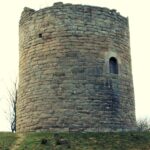 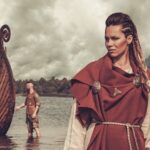 The Viking Age emigrations – where did the women go?

03 comments on “The Odal Right: Ancestors and Power in Iron Age Scandinavia” 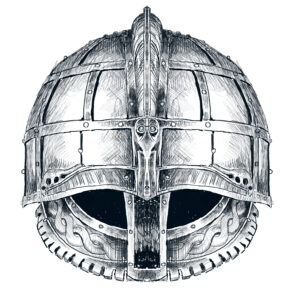